If mosquitoes were simply annoying, it would still be worth getting professional mosquito control to make your yard a pleasant environment. However, they are far more than annoying. Mosquitoes are responsible for transmitting many dangerous illnesses that are known to cause serious symptoms and even death. Knowing this fact makes it even more important to rid them from your property.

Although many mosquito-borne diseases are not common in Atlanta, we do have confirmed cases in our area. Below are the illnesses that mosquitoes have spread in Georgia in the past. These viruses are most active from late spring to early fall but can be spread anytime that mosquitoes are active, which is most of the year in our area.

Which Diseases Do Mosquitoes In Atlanta, GA Spread? 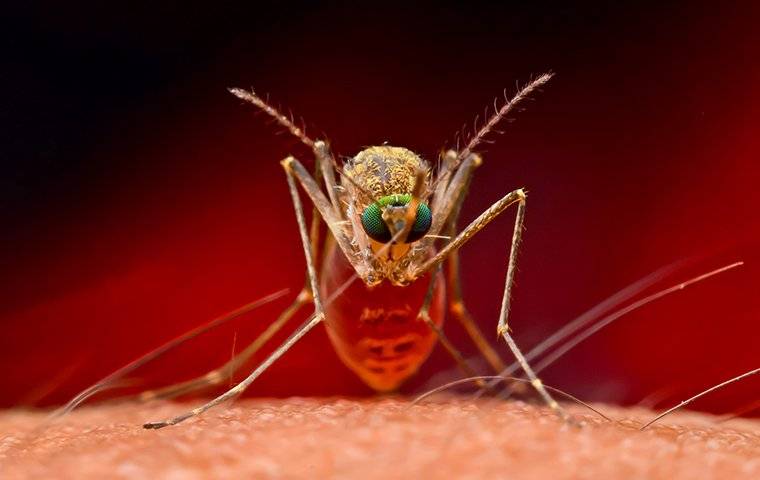 West Nile virus is the most common mosquito-borne disease in the United States. The good news is that only about one in five people who contract the virus have symptoms. Those who do have symptoms typically have a fever, body aches, headaches, and more. These symptoms usually resolve completely, but fatigue and weakness from the virus can last for weeks or months.

In rare cases, people can develop severe symptoms from West Nile virus. If it affects the central nervous system, encephalitis or meningitis can result, which can lead to death.

There are no treatments specifically designed to prevent or treat West Nile virus. Over the counter medications can be taken to relieve symptoms. In more serious cases, hospitalization may be necessary to treat severe symptoms.

Although rare, eastern equine encephalitis is one of the more serious mosquito-borne diseases to affect our area. The virus causes the brain infection encephalitis and results in death for about 30% of people who contract it. Those who survive often have long-term neurological problems.

Symptoms of EEE include fever, malaise, headaches, vomiting, seizures, and more. The virus itself may first cause common symptoms that become more severe when it begins to affect the central nervous system.

There are no preventative or antiviral treatments for eastern equine encephalitis; only supportive treatment can be performed as necessary.

Although mostly associated with travel, the Zika virus has been found in Georgia and should be taken seriously. Most people who contract the disease have mild symptoms and recover fully. In rare cases, the Zika virus can cause Guillain-Barre syndrome, which affects the nervous system.

The more common danger associated with the Zika virus is the risk to unborn babies. If a pregnant woman gets the Zika virus, it can cause serious birth defects and other pregnancy-related complications.

There are no treatments specific to the Zika virus.

La Crosse virus is mild in most people and results in flu-like symptoms. A two to three-day fever is common, along with headaches, fatigue, and nausea.

In some instances, the La Crosse virus can affect the nervous system; this occurs most often in people under 16. Although the symptoms of a more serious infection are more severe and can include seizures, death is rare. However, long-term problems can result.

No preventative treatment is available for the La Crosse virus, but symptoms can be treated on an as-needed basis.

In most cases, the St. Louis encephalitis virus is not diagnosed because there are no symptoms. Those who do have symptoms usually encounter a sudden onset of fever, headache, dizziness, and nausea.

Severe cases typically occur in older adults and can result in death.

There are no preventative or antiviral treatments for St. Louis encephalitis. Symptoms are treated as needed.

The Importance Of Mosquito Control In Atlanta, GA

As you can see, the most common mosquito-borne illnesses in the Atlanta area have no preventative or antiviral treatments. If you become sick with one of these illnesses, any treatment given will only treat the symptoms. Although most people recover from these illnesses, each of them has the chance of affecting the nervous system and causing severe problems, including death.

View our blogs and resources below: 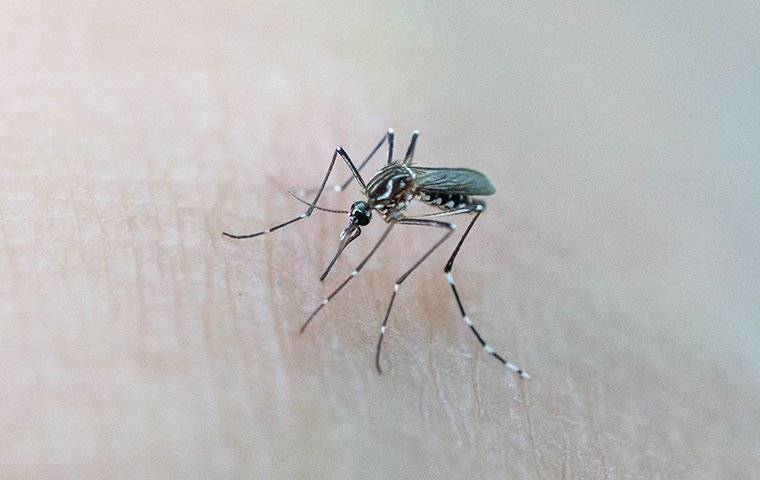 Could The Mosquitoes In Atlanta Survive Without Biting People?

Can mosquitoes survive without human blood? Here’s what Atlanta residents should know about mosquitoes and how to keep them away. ... 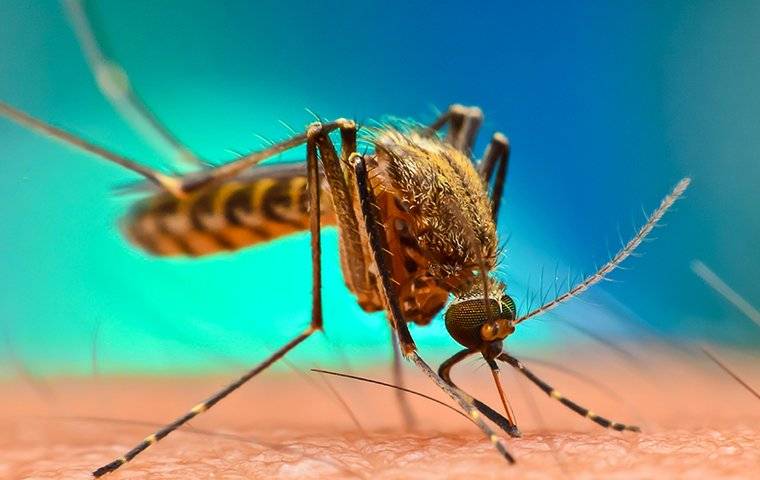 How To Tell If It’s Mosquito Bites In Atlanta

Got an itchy, red bite? Here’s how Atlanta residents can tell if they’ve got a mosquito bite or if it’s something else. ... 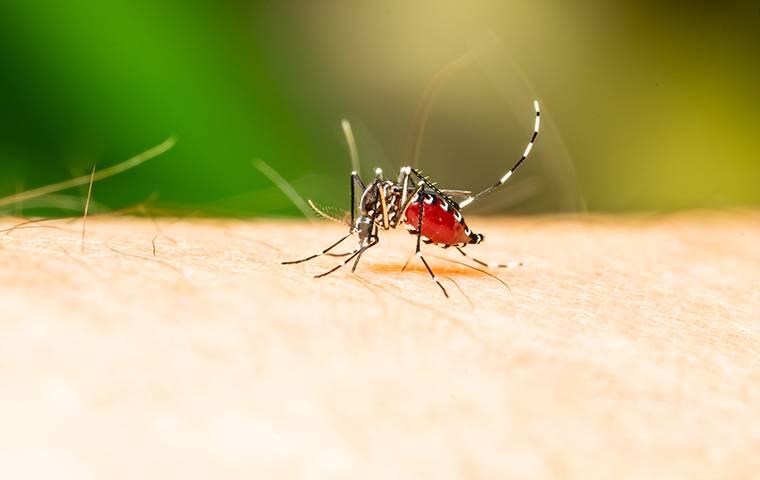 A Choice Solution To Mosquito Control For Atlanta Properties

Mosquitoes may be tough to beat on your own. Here’s why professional mosquito control should be your solution for dealing with these pests in Atlanta. ... 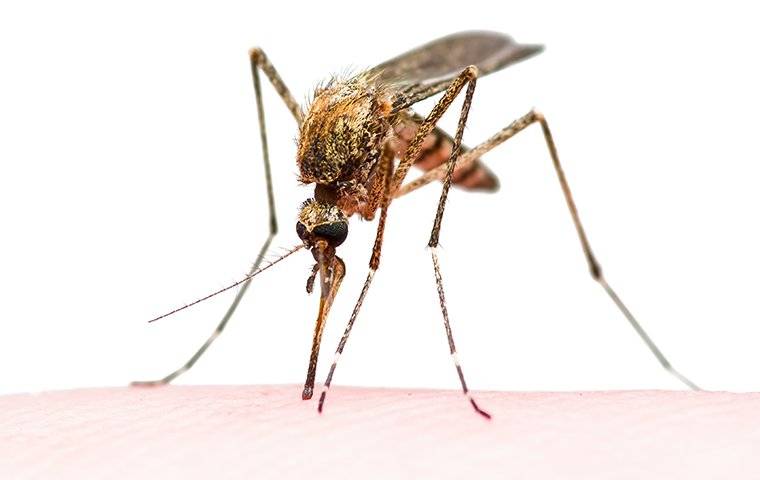 How Mosquitoes Use Carbon Dioxide To Sniff Us Out

Mosquitoes can sniff us out by carbon dioxide, but how does this work? Here’s what Atlanta residents should know about what attracts mosquitoes. ...

Tuxedo Mosquito Control received an average rating of 4.9 out of 5 stars from 216 reviews. 4.9