Here in Atlanta and throughout the state of Georgia, it's important to have real mosquito management. After all, mosquitoes can quickly send everyone inside during a backyard barbecue or get-together, and we all know how important those late afternoons and evenings outside can be when you're tired of being inside avoiding the heat and humidity. 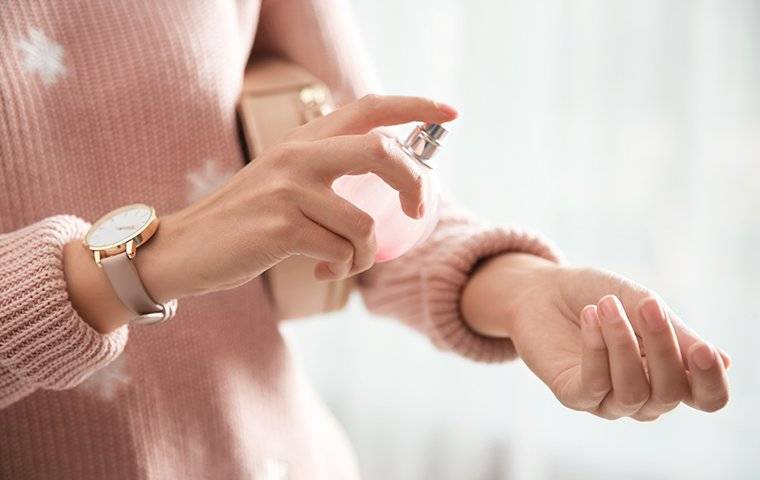 There are things that attract mosquitoes, and others that drive them away. But what smells do mosquitoes hate, what do they like, and does wearing perfume attract mosquitoes? Some people seem to draw mosquitoes in while others look like they're made of personal repellent -- and it's important to know what makes mosquitoes tick if you're looking for a comfortable time outside during mosquito season.

Why Do Mosquitoes Attack?

To answer the question about perfume, let’s first look at what drives mosquitoes to bite in the first place.

Mosquitoes bite because they are attracted to certain smells and they have supercharged receptors that can hone in on scents more than 100 feet away. Female mosquitoes -- the ones on the prowl for new smells -- are also more important than male mosquitoes because they're the ones that bite.

There are also many various mosquito species and not all of them act the same or are triggered by the same smells. Some will bite just about anything, including birds, cows, pets and humans. Others, such as Aedes aegypti or Anopheles gambiae, pretty much only bite humans, and they concentrate their efforts on the ankles and feet over other exposed body parts.

But it's the smells that really drive mosquitoes wild. Some of them are things that you can't really control, such as the carbon dioxide that we emit with each breath. That's why when you're huffing and puffing after a bit of physical activity the mosquitoes always seem to be swarming around. Larger individuals and pregnant women also emit more carbon dioxide than others, which can drive a mosquito into your orbit even when plenty of other people are around.

Lactic acid is another smell that attracts mosquitoes, which is bad news for humans as we produce lactic acid through physical activity and emit it through the skin in our sweat. You can also find lactic acid in certain foods such as yogurt, fermented vegetables, wine and sourdough bread -- so if you have any of these items around, you're actually inadvertently collecting things that attract mosquitoes.

That said, body odor, or the unique combination of sweat and bacteria that emanates from our skin, is something that drives mosquitoes crazy. When sweat dries and settles on the skin, it combines with bacteria to create a scent that is irresistible to mosquitoes. Unwashed clothes and smelly socks or shoes can also be a culprit, so make sure to shower and wear clean clothes if you want to keep the mosquitoes at bay.

As you can probably determine by now, the answer to the question, "Does perfume attract mosquitoes?" is yes. Unfortunately, perfumes are filled with the stuff that mosquitoes love, and mosquitoes will use their acute sense of smell to lock in on anyone wearing a perfume -- most particularly if it's a floral scent. That's why it doesn't work when you're trying to mask B.O. (something mosquitoes like) with perfume or cologne (something mosquitoes love). Both types of smells will attract the pests to you, and perfume can actually make that draw worse.

So, if you want nothing more than to be left alone by mosquitoes, you'll want to do the things that repel mosquitoes, such as showering after any physical activity, wearing clean clothes with no fragrances and using a mosquito repellant on your exposed skin areas.

Alternatively, you can call us for a free yard evaluation. We'll help turn your home and the surrounding area into a fortress protected by mosquito misting and spraying so you don't have to worry about all this other stuff. We'll also advise you of how to prevent mosquito infestations in the future and what to look out for during each season. Call us today to see how we can help you get rid of those annoying pests once and for all!