Home › Blog › What Eats Mosquitoes: The Top 10 Mosquito Predators In The South

What Eats Mosquitoes: The Top 10 Mosquito Predators In The South

There are man-made mosquito repellants, and then there are the mosquito repellents that are all-natural, and by all-natural we mean members of the animal kingdom. These aren’t just all-natural chemicals that kill your mosquitoes; these are critters that open up their mouths, take a bite of mosquito and swallow, and aid in the war on mosquitoes. 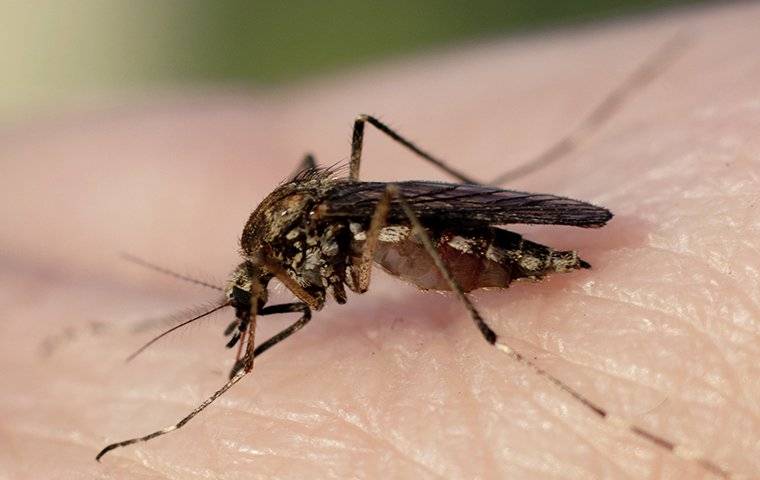 Unfortunately, they’re few and far between, it seems, when we’re out on the back porch and trying to enjoy the sunset. But if you give them the chance, these nine mosquito eaters (and one known mosquito killer) will help keep your yard free from pests.

Dragonflies have been eating pests on the earth for 325 million years, back when their ancestors had--if you can believe it--a 30 inch wingspan. Dragonflies are known for their elongated bodies, their semi-transparent wings, and their ability to hover and zip around a yard like tiny helicopters.

Dragonflies have been seen in ancient rock art and pottery dating back thousands of years and, who knows, maybe our ancient ancestors were honoring how well dragonflies rid their prehistoric dwellings from the biting mosquitoes.

Mosquito hawks go by a number of names, including the crane fly, the daddy longlegs, the leatherjackets or even the gollywhopper, but no matter what you call them, they love eating mosquitoes. Mosquito hawks are all over the world, but they’re most common in the tropics, and they love the climate of the Southern USA.

Now there is a misconception about the mosquito hawk: despite their name, they don’t eat mosquitoes except when they’re in their larva form. Adult mosquito hawks are anatomically incapable of killing or consuming other insects. But when those mosquitoes are larvae, these predators take advantage of the situation.

Bats eat a lot of different things, because there are so many different kinds of bats and they come in all shapes and sizes. But the bats common to the Southern United States love to eat mosquitoes. Though megabats (which mostly live in jungles and tropics) eat fruits and nectar, insectivorous bats may eat over 120 percent of their body weight in a single night, just on bugs! And a bug they love? Mosquitoes. (They also eat flies, beetles, termites, bees, wasps, and mayflies. For a pest control animal, you can’t beat a bat.)

LOTS of birds love a good meal of mosquitoes, so it’s hard to narrow the running down to just a few. But here are three southern-specific birds that like to make a feast on the nuisance-making pests.

Purple Martins are fond of the American East, and that includes the Southeast. As the largest swallow in North America, they are born insectivores. Known for speed and agility, they are perfect for chasing down the bugs flying high in the air in a method known as “hawking”, or catching bugs mid-flight. That said, they don’t always eat bugs out of the air; they also have a hearty appetite for fire ants.

Quite a few birds make up the bluebird family, but it’s the Sialia sialis that makes its way down south (also known as the Eastern Bluebird). Bluebirds have a wide variety of food sources, and while they love a good mosquito, they’re a bigger bird and drawn to bigger sources of food, too, including beetle grubs, mealworms, and even raisins. For forty years the bluebird population was dwindling, down by almost as much as 70%, but they started to make a comeback around 2005, thanks to the efforts of conservationists.

Cardinals are found throughout North and South America and come in all shapes, sizes, and colors. The cardinal found in the south is, ironically, named the Northern Cardinal, but that’s because its habitat ranges from Maine to Texas. The Northern Cardinal is the iconic bird with the vibrant red feathers and the puffy plume on its head. A songbird, it is primarily a grain eater, but also loves to dine on mosquitoes. Because of its size it often goes after bigger bugs as well, including cicadas and grasshoppers, but it feeds its young exclusively on smaller bugs like mosquitoes--young cardinals don’t learn to eat grain until they fully develop.

Adult frogs in the south (such as the spade foot frog, the green tree frog, and the giant tree frog) don’t often waste their time on something as small as a mosquito, but younger frogs aren’t so picky. And tadpoles are especially fond of mosquito larva. In fact, tadpoles and mosquito larva, both living in swampy water, not only are enemies (tadpoles eat mosquitos) but the mosquito larva and the tadpoles often compete for the same other resources in the swamp.

Damselflies often get confused with dragonflies, but a damselfly has a much narrower, smaller body, and they fold their wings when resting, instead of leaving them splayed out like the dragonfly. Like the dragonfly, damselflies have lived for millions of years, and fossils have been found on every continent except Antarctica. All damselflies are predatory, eating other insects, and are known to hang around mosquito nesting grounds, like bogs, ponds, swamps, lakes, and rivers. Known for being low-altitude hunters, they swoop in and out of grasses and low vegetation, picking off prey not with their jaws but with their feet. Aside from flies, mosquitoes are their primary food source.

Spiders may seem scary at times, but they’re nature’s pest controllers. It is estimated, if you can believe it, that spiders eat between 400 to 800 MILLION TONS of insects every year. Granted, that’s all across the world, but that’s a LOT of insects. Especially when you compare it to humans, who altogether only eat 400 million tons of food per year. These spiders are cleaning up the bugs, and mosquitoes are no different. Spiders of all varieties love to eat mosquitoes.

Finally, Tuxedo Mosquito does its part to get rid of mosquitoes, “eating” them with sprays and mists and keeping your yard free of the pests. Why slather yourself in bug spray and smell awful when you can have a mosquito misting system in your backyard let out a gentle puff of mosquito-repelling solution that is easy-to-use and seriously effective. Or for a one-time treatment, try mosquito spraying, where our employees come out with a blower of botanical insecticide that keeps everything alive but the bugs.