Home › Blog › How To Treat Mosquito Bites In Atlanta

How To Treat Mosquito Bites In Atlanta

It’s hard to enjoy a backyard get-together when a swarm of mosquitoes is invading it. But an even more troublesome concern for Atlanta residents is the possibility of being bitten by them, whether outside or indoors. The warm, humid weather conditions of the area present the perfect climate for mosquitoes to thrive in - so much so that Atlanta is recognized as one of the top mosquito-inhabiting municipalities in the United States. When the average temperatures surpass 55 degrees Fahrenheit, primarily from June through September, this is when the mosquito population in Atlanta is most active.

Read on for more about mosquito bites, how they occur, and what happens if you’re bitten, as well as ways to alleviate symptoms. 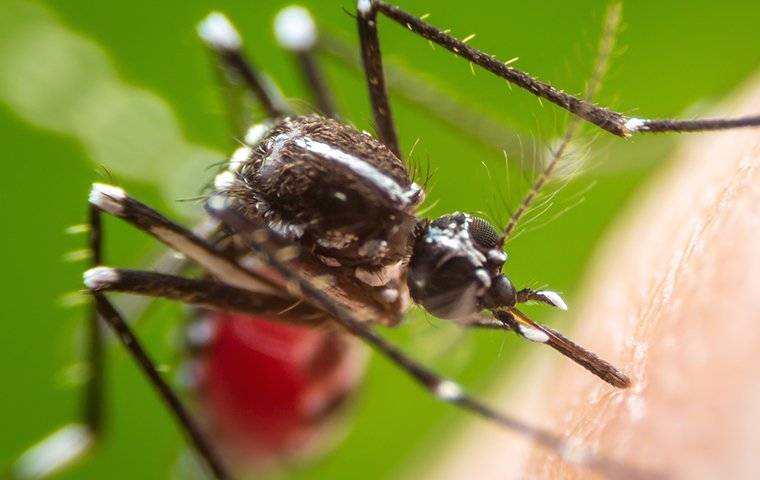 Mosquitoes are satisfied feasting on a diet of flower nectar, plant sap, and fruit juice, and it is only when female mosquitoes are pregnant that they look to feed on human or animal blood. The blood serves as a source of protein and amino acids to nourish their eggs, of which they lay 50 to 100 at a time on average. Male mosquitoes never bite humans, and they lack the special stylet to puncture the skin.

The reason mosquito bites are so concerning is due to the potential for them to carry disease-causing bacteria. When the female mosquito bites a host, which occurs using a special mouthpart (proboscis), an exchange occurs as the host is injected with some of the mosquito’s saliva while it draws blood. The mosquito injects the saliva, which acts as an anticoagulant to prevent the blood from clotting as it feeds. The mosquitoes’ saliva can contain bacteria that cause diseases such as West Nile, Zika, dengue, chikungunya viruses, and malaria, and yellow fever if infected.

There’s no limit to the number of times a single female mosquito can bite its host. She will keep feeding and feeding until she’s satisfied, after which she’ll rest for a few days and then lay her eggs someplace nearby in standing water.

How To Alleviate Mosquito Bite Reactions

Most people experience at least a mild reaction to mosquito bites. This is because the proteins present in mosquitoes’ saliva trigger an allergic reaction, for most humans, at the site surrounding the bite, which then forms a welt. For most people, this welt subsides and disappears within a few hours of being bitten, but for people with a stronger allergic reaction, it can last for several days. The welt is characterized by redness, swelling, and itchiness.

To alleviate the symptoms of a mosquito bite, consider the following:

If you or someone else has been bitten by a mosquito and is experiencing more severe symptoms, such as fever, headaches, or chills, seek medical attention immediately. In rare cases, a mosquito bite can cause anaphylaxis, a potentially fatal condition that occurs within seconds of being bitten; symptoms include low blood pressure, dizziness or fainting, nausea or vomiting, throat and/or tongue swelling, and skin rash or flushed skin.

Tuxedo Mosquito Control received an average rating of 4.9 out of 5 stars from 201 reviews. 4.9